Trumpeter Lee Morgan was born on July 10, 1938 in Philadelphia, Pennsylvania.

Morgan began on the trumpet when his sister gifted him one for his 13th birthday.

His primary training on the instrument came from lessons with Clifford Brown before joining the Dizzy Gillespie Orchestra in New York when he was eighteen.

Morgan appeared as a side man on John Coltrane’s Blue Train in addition to a number of early records by saxophonist Hank Mobley.

Following the disbandment of the Gillespie Orchestra, Lee Morgan joined the “Jazz Messengers” led by Art Blakey touring and appearing on several albums including “Moanin’” (1959) and “Freedom Rider” (1961).

Continuing drug problems forced his departure and return to Philly in 1961, yet he would find enormous commercial success two years later, back in New York with the release of “The Sidewinder” the most popular solo record of his career.

As the ’60s progressed Lee would release some twenty albums of his own as well as appearing on records of others including Wayne Shorter, Stanley Turrentine, Freddie Hubbard, Jackie McLean, Elvin Jones, Joe Henderson, and McCoy Tyner.

Lee Morgan was shot at Slug’s Saloon in New York by his common law wife Helen More during a performance on February 19, 1972.

Art Blakey and the “Jazz Messengers” perform live in Belgium in 1958. 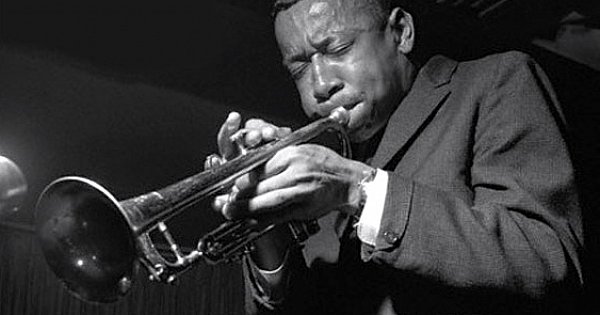