The classic “Coltrane Quartet” make an appearance on the TV show “Jazz Casual” in San Francisco in 1962.

In 1960 John Coltrane organized a quartet to perform at the Jazz Gallery club in New York City.

When their contract with Atlantic Records was bought out by the newly formed label Impulse! the Coltrane would benefit greatly.

Working with engineer Rudy Van Gelder at his brand new studio in Englewood Cliffs, New Jersey the saxophonist recorded some of his most experimental music bordering on free jazz.

Bassist Steve Davis was replace by Reggie Workman shortly thereafter, whose spot would ultimately be filled by Jimmy Garrison in 1962 forming the “Classic Quartet.”

Around the same time Eric Dolphy, who had joined the previous year, would also leave the group. 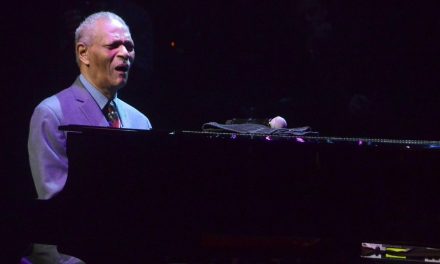