Bechet leads a top-notch French band on a hot number

Sidney Bechet (1897-1959) was not only a master of the soprano-sax but recorded the first significant horn solos by a jazz musician, predating Louis Armstrong by a few months in 1923.

A powerful and dominant player throughout his career, Bechet was still in excellent form in 1958 when he appeared at the Cannes Jazz Festival.

A major celebrity in France after moving there from the U.S. in 1949, Bechet always put on stirring performances.

Opening his set at Cannes, he and a sextet headed by clarinetist André Reweliotty play a brief “American Rhythm” and then stretch out on a cooking version of “I’ve Found A New Baby.”

Propelled by the drumming of Poumy Arnaud and backed by the supportive bass playing of Georges “Zozo” D’Halluin, there are fine solos by pianist Yannick Saint-Gery, Reweliotty on clarinet, trombonist Jean-Louis Durand, and trumpeter Roland Hug while Bechet leads the backing horns with a series of riffs.

As a climax, the great Sidney Bechet with his glorious sound takes a solo of his own. 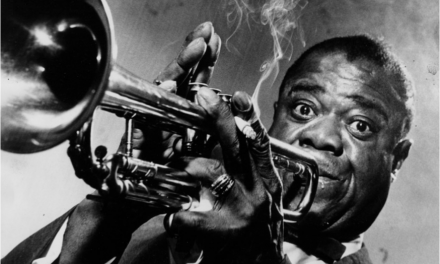 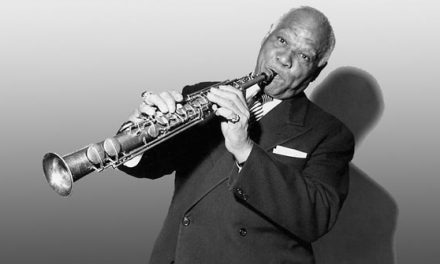