A tribute to one of Duke Ellington’s greats

Cornetist, violinist and singer Ray Nance was born on December 10, 1913 in Chicago, Illinois.

Nance took piano lessons when he was six and studied the violin for seven years, also teaching himself to play the trumpet; he would later switch to cornet.

In Nov. 1940 when Cootie Williams left Duke Ellington’s orchestra after nearly 12 years to join Benny Goodman, Nance was hired as his replacement; he would stay for 23 years.

Nance was a very valuable member, playing cornet solos with the plunger mute in the tradition (but with his own sound) of Cootie Williams and Bubber Miley, taking occasional open solos that hinted at New Orleans jazz, becoming Ellington’s only violin soloist, and also taking good-humored vocals.

Other than a few short absences, Nance was with Ellington until 1963, uplifting a countless number of sessions.

After leaving Ellington (Cootie Williams had returned two years earlier and had reclaimed some of his solos), Nance mostly freelanced with small groups including popping up in some surprisingly modern settings on violin (including with Chico Hamilton and a jam session album with Dizzy Gillespie and Chick Corea), touring Europe with Chris Barber in 1974, and working with clarinetist Sol Yaged and pianist Brooks Kerr.

Ray Nance stars on “Just Squeeze Me” and “It Don’t Mean A Thing” with the Duke Ellington Orchestra at a 1958 concert in Italy. 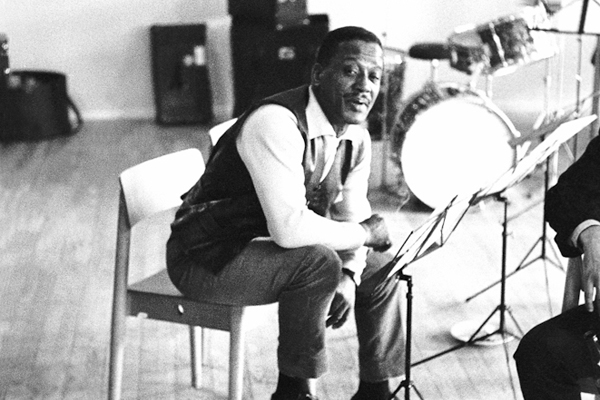