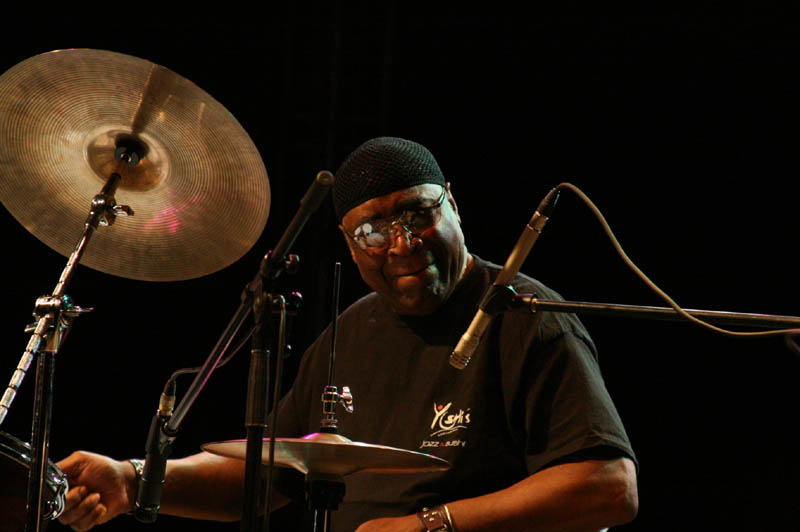 Drummer Rashied Ali was born on July 1, 1933 in Philadelphia, Pennsylvania.

He started on the piano, tried the trumpet and trombone and found his home on the drums.

After a stint in the Army, he studied with Philly Joe Jones and in ’63 hit NYC where he joined the avant-garde working with John Coltrane during the final years of Coltrane’s career.

Moving to New York in moved to New York in 1963 he worked in bands with Bill Dixon and Paul Bley before appearing on John Coltrane’s “Meditations” album in November 1965.

Rashied became a member of the James “Blood” Ulmer group “Phalanx” during the ’80s prior to the formation of his own quintet with whom he would play for the remaindered of his days.

The “Rashied Ali Quartet” make a 1972 appearance on the weekly jazz TV show, “The Jazz Set.” 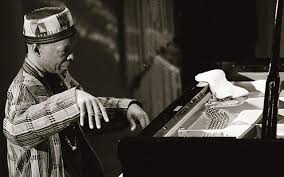 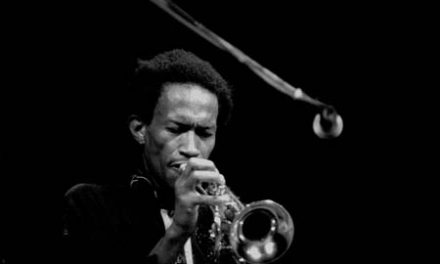