While tenor-saxophonist Johnny Griffin and trumpeter Woody Shaw had careers that overlapped for over 20 years, they only recorded together in July 1985 as members of the Paris Reunion Band.

Griffin (1928-2008) had his own sound and mastery of bebop by the mid-1950s when, due to his ability to play quite coherently at rapid tempos, he became known as “the world’s fastest saxophonist.”

Shaw (1944-1989) was a superb trumpeter from the Clifford Brown/Lee Morgan/Freddie Hubbard tradition who developed his own advanced style.

Griffin and Shaw came together in November 1986 for this extensive televised concert from the Subway in Cologne, Germany and are joined by pianist John Hicks, bassist Reggie Johnson and drummer Alvin Queen.

The two great horn players are featured in prime form on a bebop-oriented set that includes lengthy versions of “Ow,” “A Night In Tunisia,” Shaw’s “To Kill A Brick,” “All The Things You Are,” “Blue Monk,” and “What Is This Thing Called Love.” 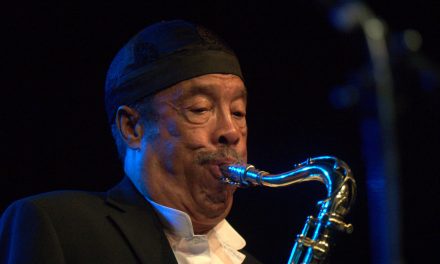