One of the greatest trombonists of all time and a major influence on virtually every young player on his instrument to play modern jazz after 1945, J.J. Johnson (1924-2001) had a distinctive sound, superior technique, and proved that the trombone could be played on the same level as the best trumpeters and saxophonists.

Johnson, who is featured at Umbria Jazz in 1993, is heard with one of his last significant combos, a quintet with tenor-saxophonist Ralph Moore, pianist Renee Rosnes, bassist Rufus Reid, and drummer Billy Drummond.

J.J. Johnson is featured in prime form on Kenny Dorham’s “Blue Bossa” and there are also fine solos from Moore and Rosnes along with a tradeoff with Drummond before the performance cuts off right before the closing melody. 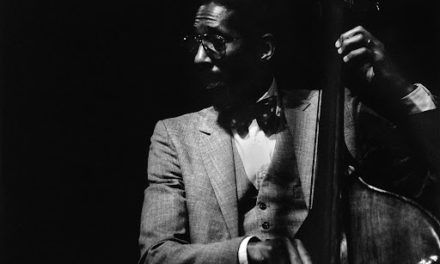