A tribute to the legendary ragtime composer and pianist

Blake started playing organ when he was six, soon switching to piano; he was playing in public by the late 1890s.

While he claimed to have composed “Charleston Rag” in 1899 and always said that he was born on February 7, 1883, after his death it was discovered that he was probably born four years later.

Blake was active as a performer in the Baltimore area during the ragtime years including performing at sporting houses and with medicine shows; during 1907-15 he regularly played solo piano at the Goldfield Hotel in Baltimore and was composing songs.

Starting in 1915, he teamed up with singer-lyricist Noble Sissle in vaudeville including working with James Reese Europe and in the 1920s as the Dixie Duo.

Sissle and Blake co-led an orchestra in the early 1920s, made some early recordings, appeared in pioneering sound film shorts as early as 1923, and wrote the music for the first all-black musical on Broadway, Shuffle Along (1921) which included Blake’s “I’m Just Wild About Harry.”

Sissle and Blake collaborated on other shows up to 1927, the pianist recorded as a bandleader in 1931, and wrote two jazz standards (“You’re Lucky To Me” and “Memories Of You”) but was in obscurity for decades, just appearing now and then at special ragtime revival shows.

In 1969 with the release of his double-Lp The Eighty-Six Years Of Eubie Blake, he was rediscovered, working regularly as the last living link to the ragtime era, an entertaining performer who occasionally appeared on television, staying active until the age of 94.

While one wished that he had made it to his 100th birthday as publicized, apparently Eubie Blake was just five days past his 96th birthday when he passed away.

Eubie Blake is featured in 1978 at the age of 91 performing a medley of “Bandanna Babies” and “Love Will Find A Way” from Shuffle Along which had been on Broadway 57 years earlier. 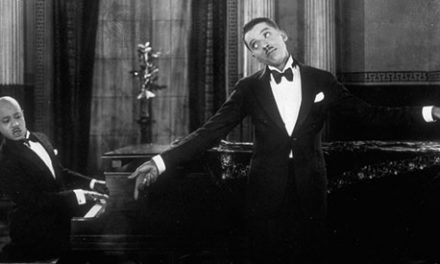 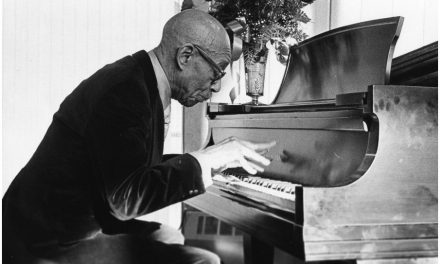