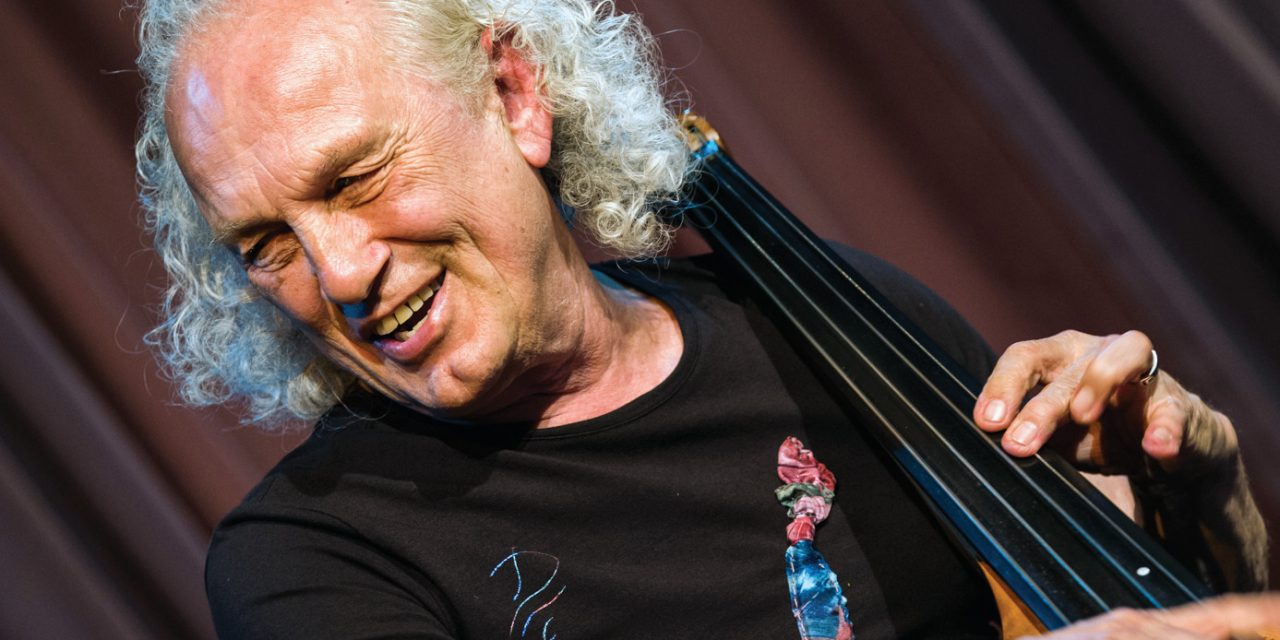 Bassist David Friesen was born on May 6, 1942 in Tacoma, Washington.

While stationed in Germany with the Army, he taught himself to play the bass as a nineteen year old.

John Handy and Marian McPartland were the first to recognize the quality of his self-taught chops.

Following this he toured with Joe Henderson and then with Billy Harper.

In 1975 he toured Europe with Billy Harper and recorded “Color Pool” his fist session as leader.

David began a long lasting musical partnership with guitarist John Stowell the following year, and made a notable appearance at the 1977 Monterey Jazz Festival with trumpeter Ted Curson.

He has come to be known for playing the electric bass, most recently the Oregon bass an amplified acoustic.

David Friesen settled in the Pacific Northwest after touring the U.S.S.R. with Paul Horn in 1983.