Tiny Grimes (1916-89) was one of the first guitarists to become influenced by the innovations of Charlie Christian, adapting the swing giant’s style into his own bluesier voice.

Grimes gained some fame for his work with the Art Tatum Trio of 1943-45, led a record date that included the young Charlie Parker, and had his own band for years (The Rocking Highlanders) which was notable for playing early r&b while wearing Scottish kilts.

At the time of this short film (a Soundie) in 1942, Grimes was finishing up a period playing in a popular group called The Cats and a Fiddle.

The entertaining performance of “Never Too Old To Swing” has some colorful dancing, a fine tenor solo from an unidentified saxophonist, and solid singing and guitar playing from Tiny Grimes. 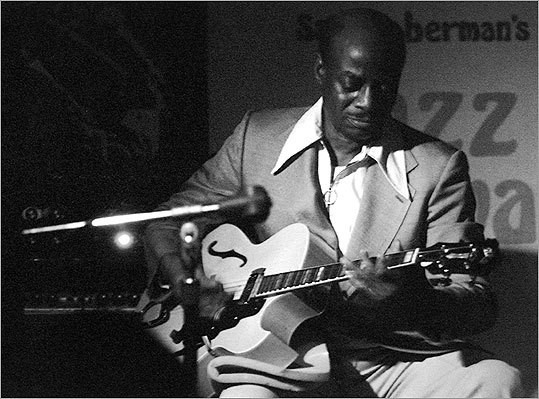