The “Sound of Miles Davis” was filmed on April 2, 1959 and originally aired July 21, 1960 as an episode of “The Robert Herridge Theater”, a program devoted to the arts that was broadcast by CBS TV.

“New Rhumba” composed by pianist and Miles Davis favorite Ahmad Jamal is performed by Miles and his rhythm section and the The Gil Evans Orchestra. Paul Chamber on bass and Jimmy Cobb on drums. 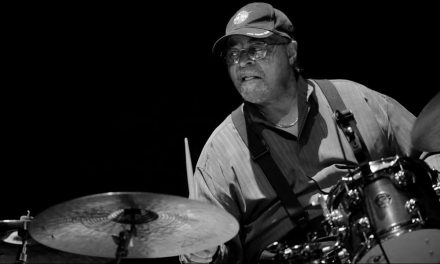