Singer Johnny Hartman was born on July 3, 1923 in Houma, Louisiana.

Hartman’s newfound success led to a series of 1960s LPs on the Impulse! label.

For his musical abilities he received a scholarship to the Chicago Musical College.

Hartman’s professional career began after W.W. II during September 1946 when he won a singing contest in which the prize was a one week engagement with Earl “Fatha” Hines.

Hines sensing his potential and impressed by his talent quickly hired him for the next year but made his debut recording in February 1947 with Marl Young.

After the Hines Orchestra disbanded he toured with Dizzy Gillespie followed by a brief stint with pianist Erroll Garner before ultimately pursuing a solo career in 1950.

He released a string of singles accompanied by different orchestras finally releasing his first LP “Songs from the Heart” in 1955.

As work began to get scarce for balladeers like Hartman in the 1970s he found his niche in the cocktail lounges of New York.

Continuing to record for small labels Hartman made numerous festival, radio, and television appearances prior to his September 1983 death from lung cancer. 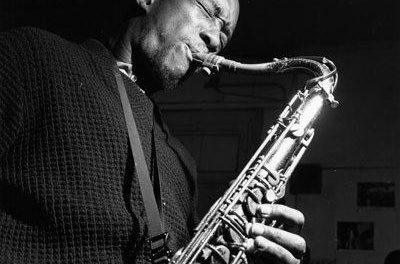