Bobby Sanabria and the NYU All University Jazz Orchestra

Jazz on the Tube supports and encourages you to support the wonderful work of the Bronx Music Heritage Center run by Bobby Sanabria and Elena Marinez.

In terms of receiving support from tax payer dollars, the Bronx is one of the most neglected communities in America. It’s also consistently been one of the most creative.

The Bronx Music Heritage Center supports the people and musicians of the Bronx like no other institution.

In addition to being a major drummer and percussionist, Bobby Sanabria is an influential educator.

Due to the Pandemic, the NYU All University Jazz Orchestra which Sanabria directs could not have a final concert at the end of their semester.

At the suggestion of Sanabria’s former student Jeremy Fletcher, it was decided to perform a virtual concert; but how does one film a big band with social isolation?

Bobby Sanabria explains: “Basically you play to a prerecorded computer generated demo with a click track that you listen to. You video it on your phone and record it on your cell phone. You put the cell phone on a small commercially available tripod or prop it on any steady surface like books, a chair, etc. You send it to the ‘assembler’ who mixes the sounds of each instrument through Pro-Tools and puts the videos together through Logic.”

Against all odds, here is the NYU All University Jazz Orchestra performing Fletcher’s infectious jazz mambo “Nuestro Tiempo (Our Time).” 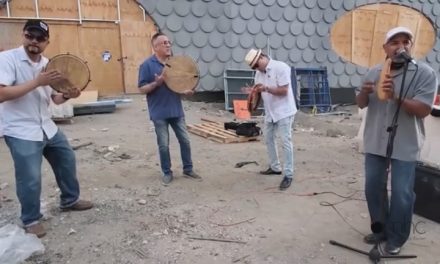 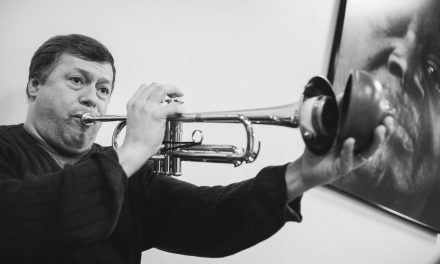