The remarkable Rahsaan Roland Kirk (a one-man horn section who could play any style while utilizing circular breathing) led a series of protests against television variety shows that did not feature black music.

Ed Sullivan relented and gave Kirk five minutes to play whatever he wanted.

Highlights include a brief musical conversation between Kirk and Mingus, Shepp roaring over the ensemble, and the joyful expressions on the musicians’ faces; one would imagine that none them ever thought they would ever be on the Ed Sullivan Show.

Thanks to the Jazz Video Guy (Bret Primack) for making this very rare television clip available. 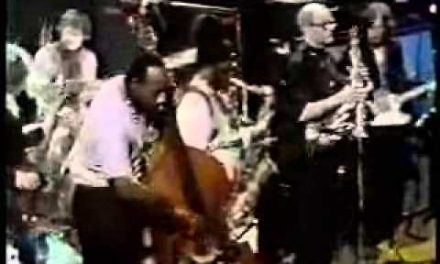