He started on the piano at 3 and started playing professionally at 14 when Art Tatum recognized him as a “coming great.”

Influenced early on by hometown piano greats Earl Hines, Erroll Garner, and Mary Lou Williams he was recognized for his exceptional aptitude by Art Tatum after tuning professional when he was fourteen.

After making the move to Chicago in 1950 he played with local musicians including Von Freeman and Claude McLin and made his first record for Okeh in 1951 with “The Three Strings” a group that would later be known as the “Ahmad Jamal Trio.”

Personnel changes throughout the 1950s caused the band’s sound to change dramatically and while working at Chicago’s Pershing Hotel in 1957 they released “But Not for Me”, a chart topping album which contained Jamal’s well known tune “Poinciana.”

Following a successful tour of North Africa, Ahmad Jamal returned to the U.S. in 1959 and opened an ill fated Chicago club (most are!)

After taking a break from music and moving to New York he resumed touring and recorded a new album “Extensions”in 1965.

The “Ahmad Jamal Trio” perform at the Marciac Jazz Festival. 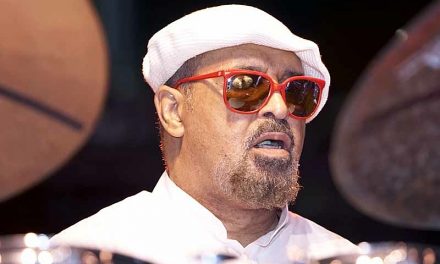