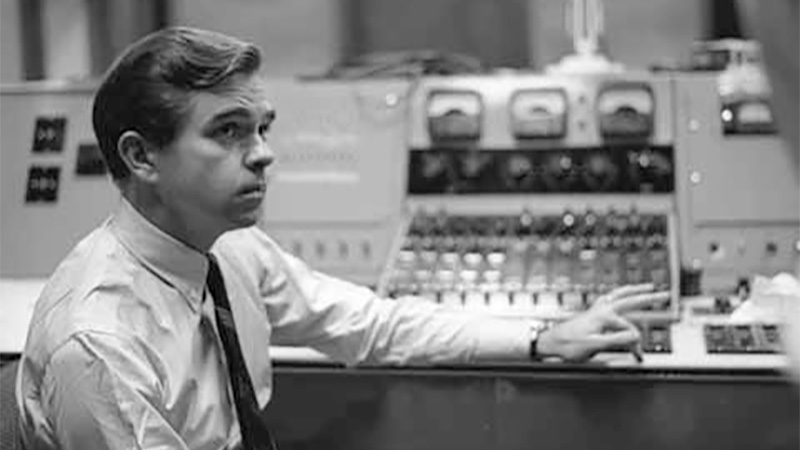 A tribute to the influential and innovative jazz record producer

Taylor was born on May 13, 1929 in Lynchburg, Virginia and played trumpet as a youth including in his high school bands.

He earned a degree in psychology from Duke University in 1951 while playing trumpet with the student jazz bands (the Duke Ambassadors and the Five Dukes).

After serving in the Marines, Taylor moved to New York City to become a record producer, joining the Bethlehem label where his first project was recording singer Chris Connor.

As head of A&R at Bethlehem, he was involved in many jazz projects including albums by the J.J. Johnson-Kai Winding Quintet, Oscar Pettiford, Carmen McRae, Ruby Braff, and Charles Mingus.

In 1956 Taylor joined the ABC-Paramount label where in 1960 he founded the Impulse label, signing John Coltrane and recording Ray Charles, Gil Evans and Oliver Nelson, setting the standard for what was to come.

In 1961 he left Impulse to sign a more lucrative contract with Verve (which had recently been sold by Norman Granz) where he worked with such artists as Wes Montgomery, Jimmy Smith, Bill Evans, and Stan Getz (including the tenor’s famous bossa-nova recordings).

In 1967 Taylor switched to the A&M label where he produced a commercial jazz series that matched soloists with strings, and founded CTI (Creed Taylor Inc.); CTI became an independent label in 1970.

On CTI, Taylor balanced the artistic with the commercial and produced some of the finest recordings of Freddie Hubbard (Red Clay, Straight Life and First Light), Stanley Turrentine (Sugar), George Benson, Hubert Laws and others, helping to define the jazz sound of the 1970s.

He also had a subsidiary label, Kudu, that helped to introduce Grover Washington Jr.

Despite the successes, Taylor expanded CTI too quickly, ran into financial troubles, had his top artists raided by other labels, and declared bankruptcy in 1978.

There were other later revivals of CTI (including a tour in 2010), but Creed Taylor had made his main contributions to jazz 45 years before his death.