Without the musicians, there would be nothing.

With producers like Orrin Keepnews, there’s a lot of great music that never would have some into being.

Bronx-born Keepnews graduated from Columbia University and started his working life as an editor for Simon and Schuster.

A jazz fan, he moonlighted as editor for a jazz magazine called The Record Changer where he wrote the first profile of Thelonious Monk.

In 1953, he founded Riverside Records with partner Bill Grauer.

Their first contemporary artist – they started the business doing reissues of swing music – was Randy Weston.

Next, they signed Thelonious Monk in 1955 who amicably terminated his contract with Prestige to join the Riverside label.

After his partner passed away and Riverside went bankrupt, Keepnews started Milestone Records in 1966 with partner pianist Dick Katz. They recorded McCoy Tyner, Joe Henderson, Lee Konitz, and Gary Bartz among others.

In 1972 Keepnews became director of jazz A&R at Fantasy Records, which had just acquired the Riverside masters. Milestone was bought by Fantasy in the same year, and signed Sonny Rollins, whom Keepnews had worked with at Riverside.

In the CD era Keepnews continued to be responsible for extensive reissue compilations, including the Duke Ellington 24-CD RCA Centennial set in 1999 and Riverside’s Keepnews Editions series.

In 2004 Keepnews was given a Trustees Award for Lifetime Achievement by the National Academy of Recording Arts and Sciences. In June 2010, Keepnews received a 2011 NEA Jazz Masters lifetime achievement award from the National Endowment for the Arts in the field of jazz. 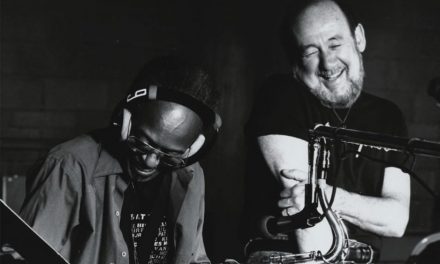