The son of a minister, Brown (who grew up near Los Angeles) briefly played piano, violin, and tuba before becoming a trombonist.

While he studied medicine at college, music soon took over his life and at 19 he was a professional.

He joined Duke Ellington’s orchestra in 1932 where his fluent style, distinctive sound and strong technique made him a major asset and a frequent soloist.

From a 1969 telecast, Lawrence Brown takes the trombone solo during a rousing version of “Rockin’ In Rhythm” with the Duke Ellington Orchestra on the Ed Sullivan show; Cat Anderson’s high-note trumpet is not to be missed. 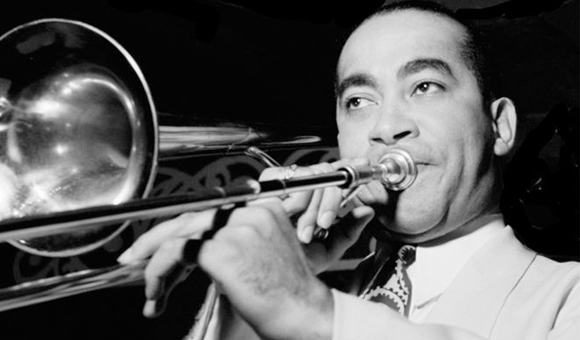