Pianist Hilton Ruiz was born May 29, 1952 in New York City to parents from Puerto Rico.

Seeing Duke Ellington on TV as a five year old sparked his interest in the piano. Three years later, he was playing Mozart at Carnegie Hall.

Later in his career, Ruiz became a protege of Tito Puente. Despite his Latin ancestry, Ruiz said learning to play to clave, which he succeeded in doing, was a big challenge.

“With jazz, you can incorporate everything you’ve listened to, from all over the world,” he said. “In my music, you can hear the Latin elements, because when you’re playing jazz, you can only play what you are.”

Before recording under his own name, he’d worked in the bands of Rahsaan Roland Kirk, Charles Mingus, Paquito D’Rivera and Pharoah Sanders. His compositions were featured in films: Woody Allen’s “Crimes and Misdemeanors” and Sam Mendes’s “American Beauty.”

Ruiz died as the result of a severe beating in New Orleans while in the city to record a benefit CD.

The New Orleans Police Department, notoriously corrupt and violent, refused to investigate the case and claim Ruiz died as the result of “hitting his head after falling on the sidewalk.” The city’s mayor at the time who is now in federal prison on corruption charges turned a deaf ear to pleas from the family and members of Congress to have the murder properly investigated.

I think the odds are 50/50 NOPD murdered him or are protecting those who did. 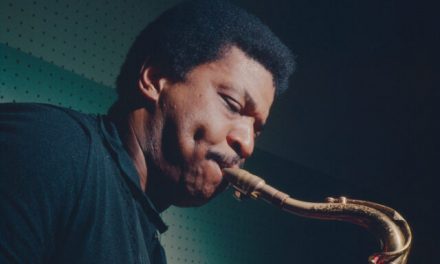