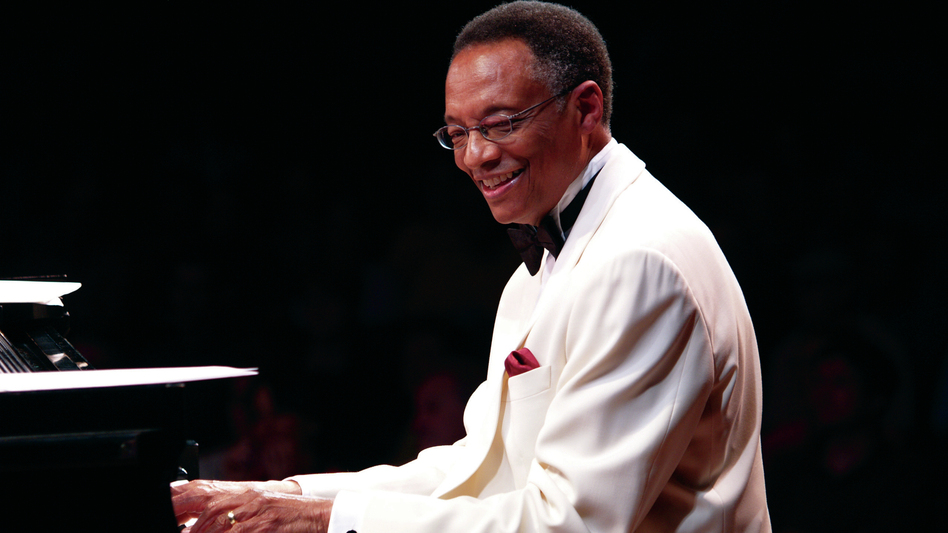 Composer, pianist, educator and broadcaster Ramsey Emmanuel Lewis, Jr was born on May 27, 1935 in Chicago, Illinois.

Lewis has recorded over 80 albums as a leader with five gold albums and three Grammy nominations.

In addition to performing and recording he’s very active working with young people and promoting the art as an educator.

Ramsey Lewis began on his principal instrument at the age of four and joined his first group “The Cleffs”.

In 1966 he was among the most successful American jazz pianists with chart topping hits including “The In Crowd”, “Hang On Sloopy”, and “Wade in the Water”; music all bearing a deep gospel and R&B influence.

During the early 1970s Lewis would often perform on electric piano before reverting to acoustic piano and adding a keyboard player to his band.

Beginning in 1990 Ramsey Lewis became the host of the nationally syndicated weekly radio program “Legends of Jazz” and would additionally host the “Ramsey Lewis Morning Show” on Chicago “smooth jazz” radio WNUA until its cancellation in 2009.

In 2006 Lewis expanded his role as jazz educator to television with a thirteen episode “Legends of Jazz” series broadcast on PBS.

Wade In The Water