A tribute to the arranger-trumpeter

It would not be an understatement to say that the history of music would be quite a bit different were it not for Mario Bauza.

He was a child prodigy who began studying music when he was five, played clarinet with the Havana Philharmonic when he was nine, and mastered all of the reed instruments.

Bauza first came to New York in 1926, playing and recording with Antonio Maria Romeu’s orchestra when he was 15.

He moved permanently to the United States in 1930 and was offered a job with singer Antonio Machin’s quartet if he would learn trumpet; he taught himself the instrument in two weeks.

Bauza was the lead trumpeter with Chick Webb’s orchestra during 1933-38 where he was the one to introduce Webb to Ella Fitzgerald.

While working with Cab Calloway during 1939-40, Bauza was largely instrumental in Dizzy Gillespie joining Calloway’s band, pretending to be ill one night so Gillespie could substitute for him.

Iin 1947, when Dizzy Gillespie was thinking about adding a Latin percussionist to his bebop orchestra, Bauza introduced him to Chano Pozo, a major event in the history of Latin jazz.

Bauza, who composed the standard “Mambo Inn,” led albums of his own in his later years and had his own Afro-Cuban Jazz Concert Orchestra during the decade before his death at age 82 on July 11, 1993.

There are very few films of Mario Bauza playing trumpet but this rare film clip from the late 1940s/early ‘50s, which has its humorous aspects, features his playing and arranging. 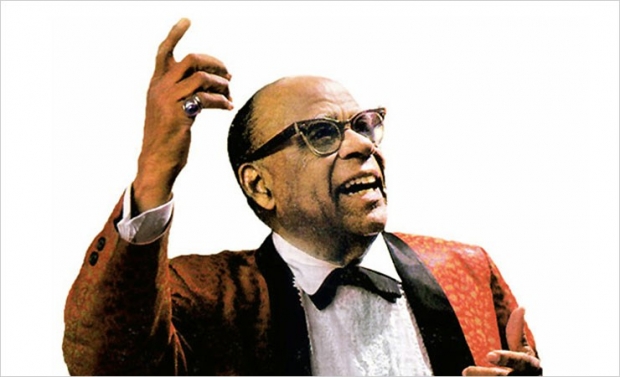