Singer-pianist Peter Cincotti emerged early on, playing in New York clubs as a teenager and at the 2000 Montreux Jazz Festival when he was 17.

He has since straddled the boundaries between swing and cabaret, performing pleasing music in his own voice and style while at times being a little reminiscent of Harry Connick, Jr. and Jaime Cullum.

The song “Sway” was originally titled “Quién Será” when it was initially recorded in 1953 but it was soon given English lyrics and reborn as “Sway,” becoming a hit record by Dean Martin in 1954.

It has been regularly revived ever since, particularly in recent times.

Peter Cincotti, in his trio version from 2010, gives “Sway” a soulful treatment with his piano playing sometimes hinting at Ramsey Lewis. 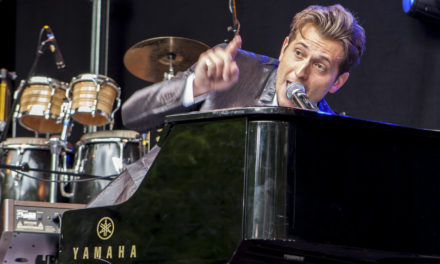