A tribute to an important force in Afro-Cuban jazz

Originally she was a pianist who studied at the Royal Conservatory of Music, but due to contracting tendonitis and being inspired by seeing Charles Mingus’ band in 1975, she switched to flute and soprano saxophone.

Bunnett developed into an adventurous improviser who, when she made her recording debut in 1988 with In Dew Time, was able to hold her own with tenor-saxophonist Dewey Redman and pianist Don Pullen; 1989’s New York Duets teamed her again with Pullen.

Bunnett, who also recorded a duet album with pianist Paul Bley, performed at the Havana Jazz Festival in 1990, and became very interested in the Cuban music scene.

Her classic album Spirits Of Havana (1991) was her first to utilize Cuban musicians and since that time she has visited Cuba often, discovering new talent and having many join her groups.

In 2014, Bunnett formed an all-female Cuban group, Maqueque, that is quite impressive and would be her main band for several years.

This stirring film clip from the Spirits of Havana days has Jane Bunnett’s group (with her husband Larry Cramer on flugelhorn, vocalist Gato, and Poncho Quinto on percussion) performing “The River/El Rio.” 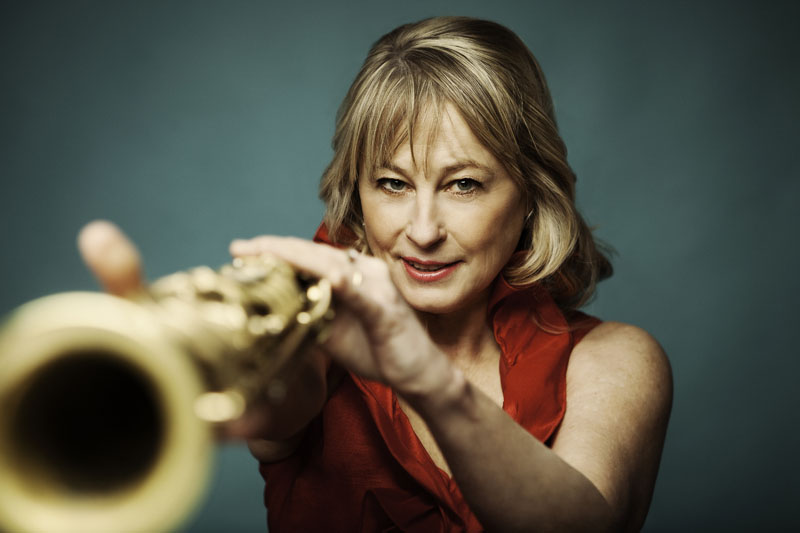