He was born to an immigrant family from Sicily.

His band, the Original Dixieland Jass Band, was the first jazz band to be recorded and their recordings were huge hits both in the U.S. and England.

It’s impossible to overstate the impact these records had on the adoption of jazz as we know it.

White New Orleans cornetist, Dominic “Nick” LaRocca formed the “Original Dixie Land Jass Band” and relocated to Chicago in 1916. There the band became an immediate success known for their zany stage antics referring to themselves as “Untuneful Harmonists Playing Peppery Melodies.” In early 1917 the band moved on to New York where they landed a prestigious gig at the recommendation of Al Jolson and made history as the first recorded jazz band.

Nick Larocca was a well respected member of Papa Jack Laine’s bands in New Orleans from 1910 to 1916. With the huge overnight success of the ODJB LaRocca ate up the publicity, he thoroughly loved the spotlight baiting newspaper reporters with phrases like “Jazz is the assassination of the melody, it’s the slaying of syncopation.” He also would become known for his devious attempts to keep other jazz groups out of the spotlight. Following a tour of England the group returned to the U.S. in July 1920 only to find that their former popularity had begun to wane. The struggling band broke up in 1925 after LaRocca suffered a nervous breakdown, unable to cope with his fall from grace. He returned to New Orleans where he found employment in the construction industry. 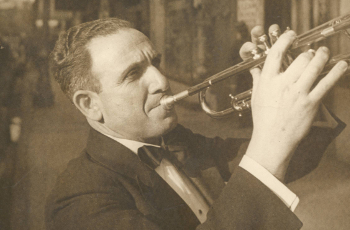