A tribute to the exciting trumpeter

Although he played the violin briefly as a child, Berigan was a trumpeter by the time he was a teenager.

He worked with local groups in the Midwest but failed an audition for Hal Kemp’s band in 1928 due to his weak tone; a period of woodshedding over the next year found Berigan developing a superb, warm and large tone along with a chancetaking style.

Berigan was hired by Kemp the second time around, making his recording debut and touring Europe before becoming a very busy studio musician in New York.

During 1931-36, he appeared on a countless number of records (whenever a hot trumpet chorus was needed), worked with Fred Rich’s Orchestra, was with Paul Whiteman during 1932-33 and, in addition to the commercial work, made some notable jazz records including with the Dorsey Brothers and the Boswell Sisters.

A member of the Benny Goodman Orchestra for three months in 1935, Berigan’s solos helped make “King Porter Stomp” and “Sometimes I’m Happy” into hits for the clarinetist.

Berigan, who began leading his own jazz recordings in 1935, was briefly with the Tommy Dorsey Orchestra in 1937, taking memorable solos on Dorsey’s first hits “Marie” and “Song Of India.”

Persuaded to form his own big band, Berigan signed with the Victor label and had his own best-seller in 1937 with “I Can’t Get Started.”

Unfortunately Berigan was an alcoholic and his big band, which lasted for a little less than three years, never really caught on.

Bankrupt and going downhill fast, Berigan rejoined the Tommy Dorsey band for part of 1940 but only lasted six months due to his increasing unreliability.

He made two attempts to lead his own big bands but his health began to fail him and on June 2, 1942 he passed away when he was only 33.

Here is Bunny Berigan in one of his only two film appearances playing “Until Today” with the Fred Rich Orchestra in 1936. 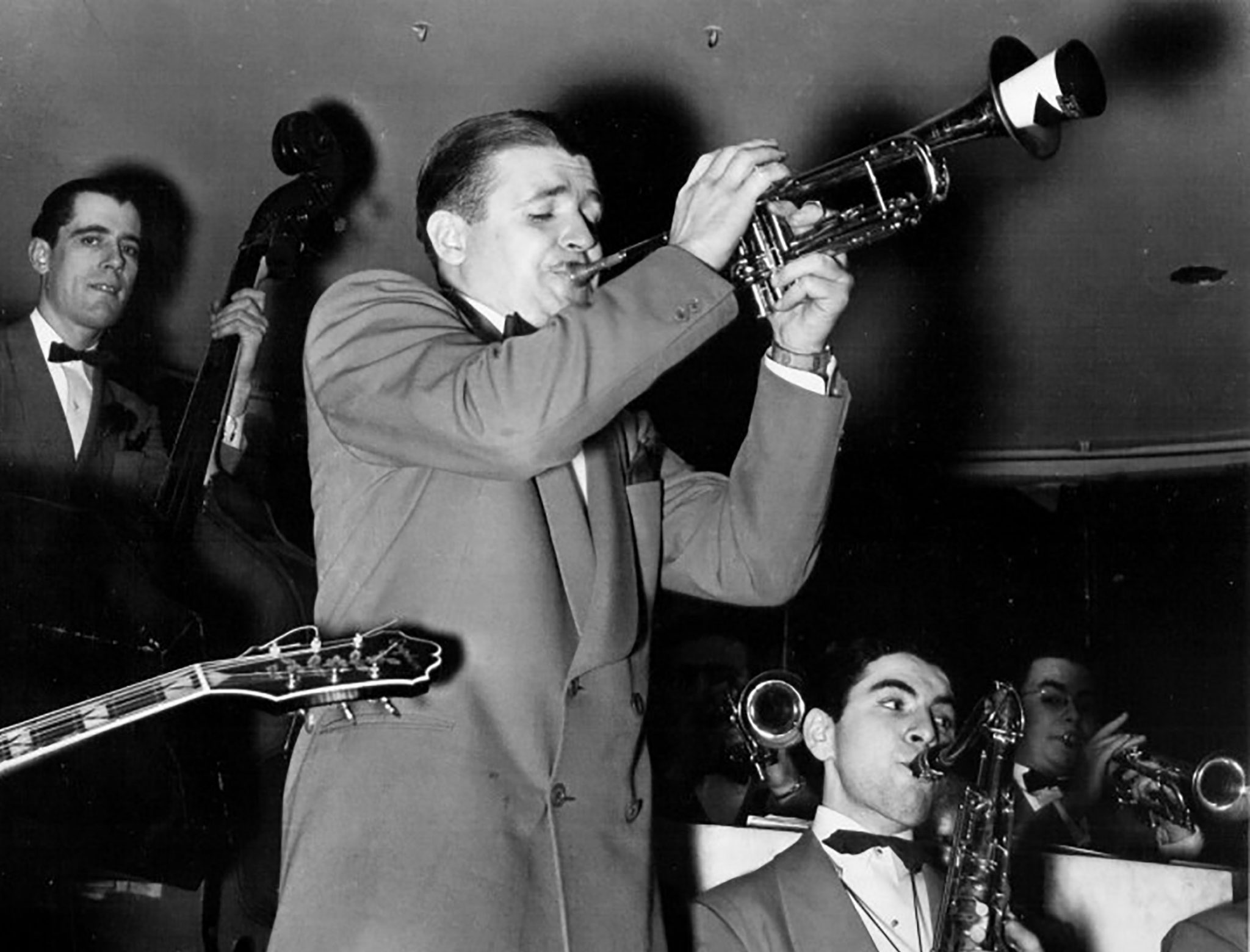