He grew up in the midst of New Orleans’ rich cultural scene. His father was a “Big Chief” of one of the city’s Black Mardi Gras Indians tribes and he himself is Big Chief of the Congo Square Nation.

In the 80s he worked with Roy Haynes, Jack McDuff, Art Blakey’s Jazz Messengers, Terence Blanchard and Don Pullen in the 1980s.

Since his first recording as a leader in 1991, he’s released over twenty albums.

He captured the sound and culture of Congo Square with his 1991 recording “Indian Blues”, and is also credited with merging swing and traditional New Orleans rhythms with popular modern dance; creating the “Nouveau Swing” style.

During the 1990s he also played with the re-formed “Headhunters” band.

Harrison’s New Orleans roots go deep. His father was a central figure in the city’s unique Mardi Gras Indians culture as the Big Chief of the Guardian of the Flames.

Donald Harrison Jr. has been Big Chief of The Congo Square Nation since 1999, a big cultural and community responsibility.

In addition to that Harrison co-founded and became the artistic director for the Tipitina’s Intern Program, and The New Jazz School that teaches jazz theory, music and history to students 13 to 21.

He was recently appointed Jazz Artist in Residence at New Orleans Tulane University. 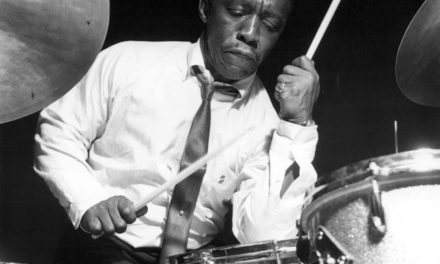