“West End Blues” is a multi-strain 12 bar blues composition by Joe “King” Oliver. It is most commonly performed as an instrumental, although it has lyrics added by Clarence Williams.

King Oliver and his Dixie Syncopaters made the first recording of the tune for Brunswick Records on June 11, 1928. An early vocal version was waxed by Ethel Waters. It is more usually known and performed as an instrumental than a song.

The “West End” of the title refers to a place on the shore of Lake Pontchartrain in New Orleans, Louisiana. It is best known for its seafood restaurants, it used to be a thriving weekend summer resort where live music was often played. In its heyday, West End had dance pavilions and lake bathing as well. The name comes from the fact that West End is at the westernmost point of the lakefront in Orleans Parish, Louisiana, bordering Jefferson Parish, Louisiana.

By far the best known recording of “West End Blues” is the 3-minute-plus, 78 RPM record recording made by Louis Armstrong and his Hot Five in 1928, considered one of the masterpieces of early jazz.

Louis Armstrong plays trumpet (and does some relaxed scat singing) backed by a band that included the pianist Earl Hines. In an eight-bar trumpet solo near the end of the record, Armstrong played a solo considered among the finest recordings in jazz history. 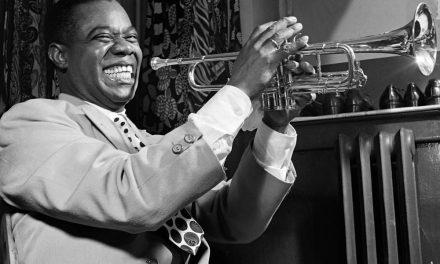 When It’s Sleepy Time Down South