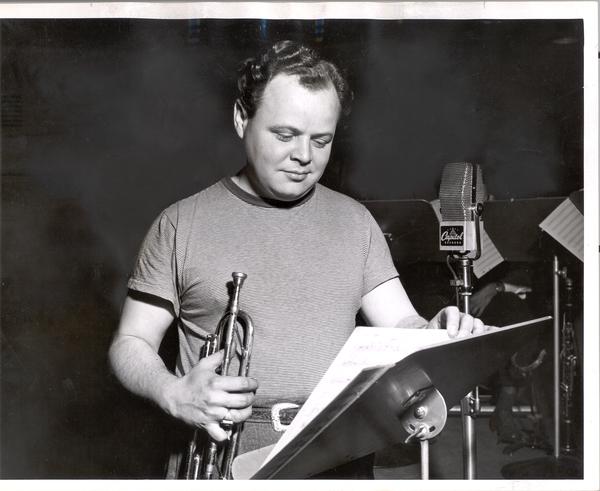 A relaxed version of a Fats Waller classic

Billy Butterfield was one of the major trumpeters to emerge from the swing era, starring with the Bob Crosby and Artie Shaw orchestras.

He also led a short-lived big band of his own, did plenty of studio work, was a member of the World’s Greatest Jazz Band, and popped up in many Dixieland and swing settings in his later years.

Here he is in 1978 on vibraphonist Peter Appleyard’s television series, accompanied by Jim McHarg’s Toronto band for a laidback but at times fiery version of Fats Waller’s “Ain’t Misbehavin’.”