A tribute to the pioneering vocalese lyricist and singer

Lambert became an important force in the jazz world but it took a little while to get going.

He worked as a drummer with the Hugh McGuinness Trio during the summers of 1937-40, served in the Army during 1940-43, and sang with the Johnny Long big band for a year.

While with the Gene Krupa Orchestra (1944-45), he often teamed up with fellow singer Buddy Stewart and their recording of “What’s This” is considered the first bebop vocal record.

Lambert freelanced during the next decade, sometimes teaming up with Stewart (who died in 1950), sat in with Charlie Parker at the Royal Roost, led a group of singers on Parker’s recordings of “Old Folks” and “In The Still Of The Night” in 1953, and collaborated with Jon Hendricks in 1955 for a little-known recording of “Four Brothers.”

Lambert enjoyed writing lyrics to the recorded solos of jazz soloists (known as vocalese) and he and Hendricks came up with the idea of recording a full vocalese album of Count Basie recordings, joining with Annie Ross for the very successful Sing A Song Of Basie in 1957.

After their breakup Lambert planned another group but he was fatally hit by a car in 1966, passing away at the age of 49.

Here is a really spectacular clip from 1961 by Lambert, Hendricks and Ross on Sonny Rollins’” Airegin” that has Hendricks and Lambert scatting at their hottest, building the performance to a memorable climax.. 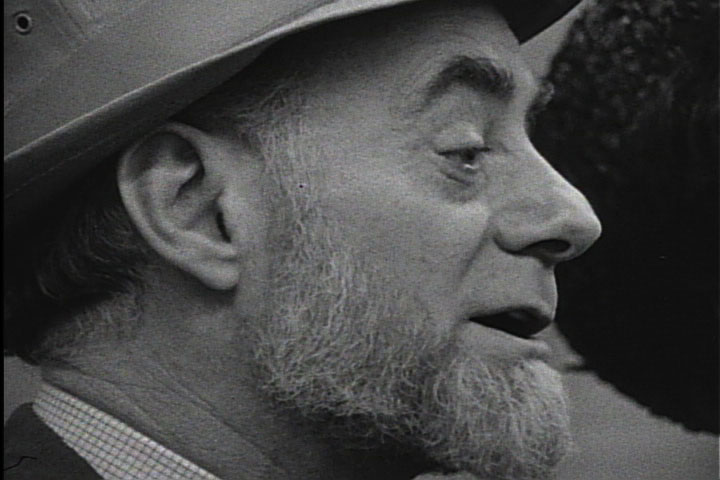