A dynamic performance by pianist Hill and his trio

Andrew Hill (1931-2007) was a masterful pianist and a very original composer whose music fell into the avant-garde but was really in its own category.

A professional jazz pianist by 1953, he was originally a bop-based player and gained experience working with Dinah Washington, Johnny Hartman and Rahsaan Roland Kirk.

Andrew Hill was active until shortly before his death in 2007, often creating uncompromising music that managed to be both inside (within chord changes) and outside at the same time.

Hill is featured on a stirring improvisation at a 2004 concert in Brazil with bassist John Hebert and drummer Nasheet Waits. 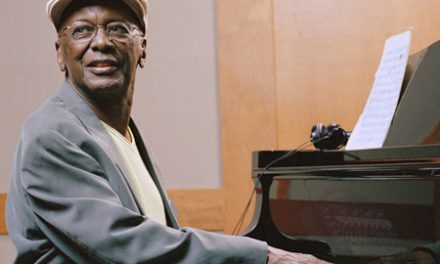