The cool-toned bop clarinetist is remembered

Scott studied at Juilliard during 1940-42, jammed at Minton’s Playhouse, and spent three years in the military.

While the clarinet was primarily associated with swing and Dixieland, Scott was much more attracted to the music of Charlie Parker and Dizzy Gillespie.

While Buddy DeFranco played heated bebop solos on clarinet, Tony Scott had a much cooler sound, best heard on a 1950 session with Sarah Vaughan and his own recordings as a leader throughout the 50’s.

In 1960, after the deaths of his friends Lester Young and Billie Holiday, Scott was disillusioned, left New York and became a world traveler.

He toured throughout Asia, recorded Music For Zen Meditation in 1964 and, while occasionally re-emerging, he had a much lower profile throughout his final 45 years despite remaining active as a clarinetist, passing away at the age of 85 on March 28, 2007. 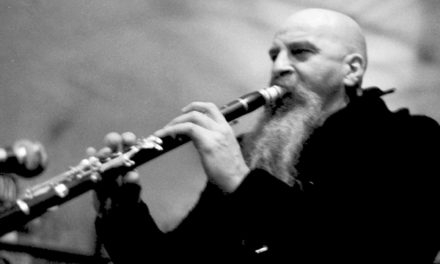