The Juggernaut, which was co-led by pianist-arranger Nat Pierce and drummer Frank Capp, was formed in 1977 and lasted until Pierce’s death 15 years later when it became the Frank Capp Orchestra.

The all-star ensemble was often an unapologetic soundalike of the Count Basie Orchestra, utilizing some Basie alumni along with other very complementary Los Angeles-based musicians.

On this film clip from the 1980s, the band performs Ernie Wilkins’ “Basie,” a regular in the Basie repertoire since the early 1960s.

The band is cooking from the start, Pierce plays Basie’s part, and there is a spirited tenor tradeoff by Herman Riley and Red Holloway as the ensemble rages. 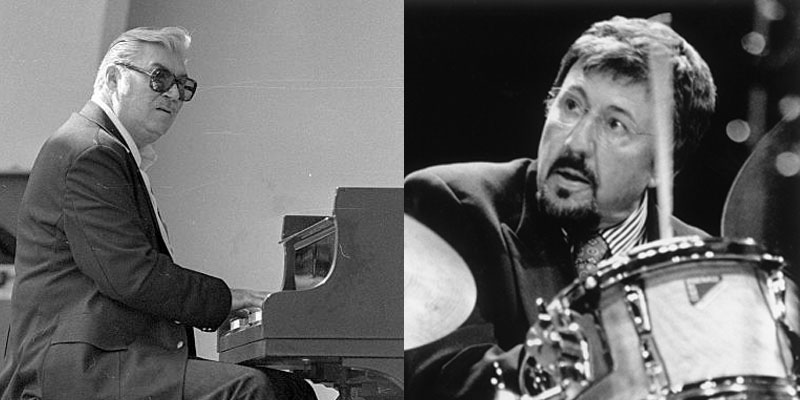