The great baritone-saxophonist is remembered

Adams grew up in Rochester, New York where he began playing tenor sax and clarinet.

By the mid-1940s, Adams was emphasizing his tenor playing, influenced by Coleman Hawkins and Don Byas.

He dropped out of school in the 11th grade since he was playing six nights a week in a combo.

Moving with his mother to Detroit, he switched to baritone sax and became an important part of the local jazz scene.

Adams worked with Lucky Thompson, served in the Army, and worked often at the Blue Bird Inn in Detroit.

Already highly rated due to his deep guttural sound (which was a major contrast to the lighter sound of fellow baritonist Gerry Mulligan), Adams was with the Stan Kenton Orchestra in 1956, began to record frequently (including with Kenny Clarke and Curtis Fuller), and spent much of 1957-58 in Los Angeles as a member of Chet Baker’s group.

After moving to New York, he recorded with John Coltrane, was on Lee Morgan’s The Cooker album, and had stints with Benny Goodman and Charles Mingus.

Pepper Adams stayed busy throughout his career until passing away from lung cancer on September 10, 1986 at the age of 55.

He is featured on this film clip playing his “Bossa Nouveau” with a quartet in Europe. 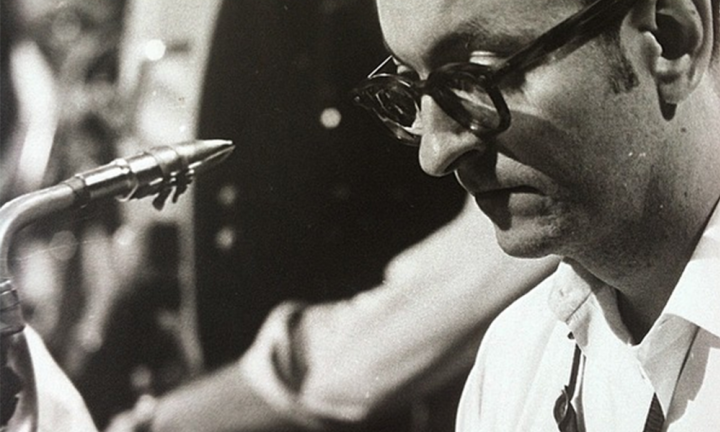 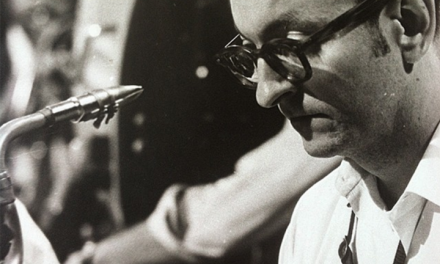