James Marshall Hendrix was born on November 27, 1942 in Seattle, Washington.

Jimi, whose parents refused to buy him a guitar, found a one-stringed ukulele in the trash and studiosly learned to play songs by ear.

His career took off after moving to England in 1966, scoring three top ten hits within months and later releasing three classic LPs.

While not a jazz musician, Jimi’s instrumental prowess, blues and R&B-tinged playing, and influence on jazzmen like Miles and John McLaughlin make him an adherent of the jazz tradition.

Not the highest quality video in our archive, but one of the most intriguing.

This rough film shot in 1968 shows Chicago Bluesman Buddy Guy playing in a small club with an appreciative Jimi Hendrix watching from the audience.

Everyone knows about Jimi Hendrix the psychedelic rock star, but few are aware of Jim Hendrix, serious student of the Blues.

After the first tune, “Stormy Monday”, Hendrix grabs a guitar and the two jam. 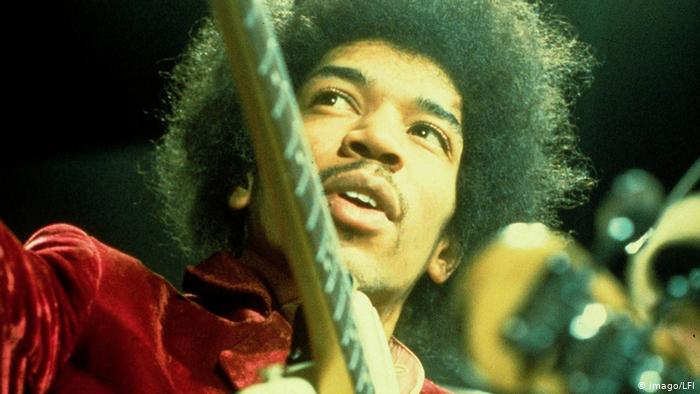