The University of North Texas One O’Clock Lab Band has long been considered one of the finest of all college bands.

Sean Jones is one of the best jazz trumpeters of the past decade while “Cherokee,” while born during the swing era, became the test piece for musicians of the bebop era.

Combine all three together and one gets a stunning performance.

At a concert on November 22, 2016, the college band (led and directed by Alan Baylock who provided the arrangement) runs through an uptempo version of “Cherokee,” featuring altoist Howi Dietz, a hard-swinging bassist and drummer (who never let up), and Sean Jones, who plays a blazing solo and an explosive cadenza.

Plenty of fireworks take place during this heated performance. 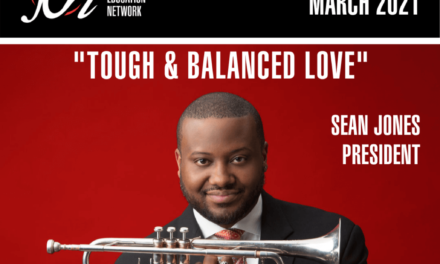 The good work of the Jazz Education Network