A tribute to the pioneering arranger and bandleader

Redman began playing trumpet when he was three, developed very quickly, and as a teenager could play virtually any horn though he eventually settled on alto-sax and clarinet.

After studying music at conservatories in Chicago and Boston, he joined Billy Paige’s Broadway Syncopators shortly after he arrived in New York in early 1923.

Redman became a member of the Fletcher Henderson Orchestra within a year where he became its chief arranger in addition to playing alto and clarinet and having an occasional vocal (including some very early scat-singing on “My Papa Doesn’t Two-Time”).

While Henderson would later receive credit for many of the arrangements, Redman was actually responsible for nearly all of the charts recorded by the band during 1923-27.

While his early arrangements could be a bit stiff rhythmically, he learned quickly after Louis Armstrong joined the group how to swing and he inspired the young Duke Ellington.

In June 1927, Redman left Henderson to become the leader of McKinney’s Cotton Pickers for four years, composing such songs as “Gee Baby, Ain’t I Good To You” and “Cherry.”

In 1931 he put together the Don Redman Orchestra which, although not a great commercial success, lasted for nine years and had many fine soloists plus his own often-spoken philosophical vocals.

Don Redman worked primarily as a freelance arranger after his big band broke up, led the first American orchestra to Europe after World War II. (captured on some live recordings in 1946), was Pearl Bailey’s musical director, and had a few final record dates in 1958-59 before retiring from music.

Film clips of Don Redman are rare but this enjoyable film short from 1934 is pretty definitive of his orchestra, featuring trumpeter Sidney DeParis, trombonist Benny Morton and tenor-saxophonist Bob Carroll along with vocals by Redman and Harlan Lattimore. 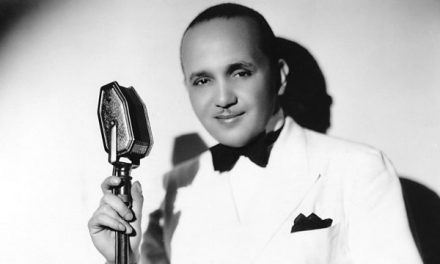