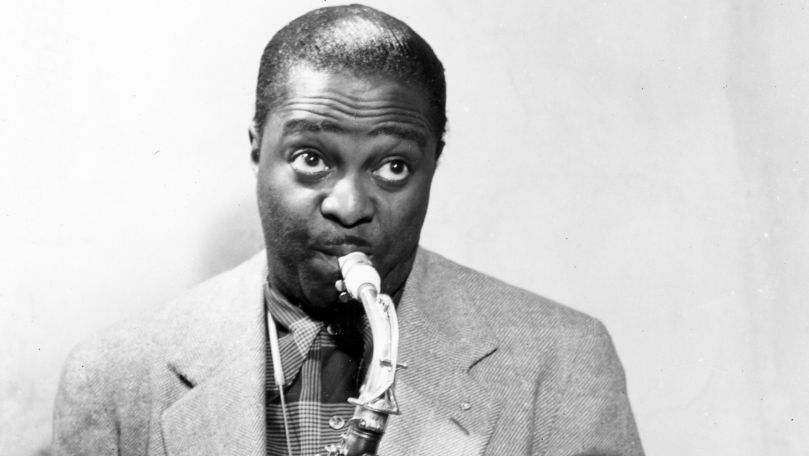 A tribute to the altoist, singer and always fun performer

Jordan started playing clarinet when he was seven, working with his father’s group (the Rabbit Foot Minstrels) as a teenager.

Switching to alto, he was a professional by 1929 when he worked with Jimmy Pryor’s Imperial Serenaders.

After working throughout the South, Jordan moved to Philadelphia in 1932, played with Charlie Gaines, moved to New York in 1934, recorded with Clarence Williams and, after a stint with LeRoy Smith’s Orchestra, was a member of the Chick Webb Orchestra during 1936-38 where he took a few ballad vocals.

Still virtually an unknown, he began leading his own combo in 1938 which became known as the Tympani Five the following year, began to record, and had one hit after another for over a decade.

With his catchy and witty vocals, a hard-riffing band that also played novelties and ballads, and a fast-moving show, Louis Jordan became a big name and an early influence on the r&b movement.

Jordan starred in several Hollywood films and even made records with Bing Crosby and Ella Fitzgerald.

The hits stopped by 1952 as the music world moved on and Jordan had an unsuccessful big band, but he continued playing, toured England with Chris Barber’s band in 1962, visited Asia during 1967-68, and stayed active into the early 1970s.

Here is a Soundie version of Louis Jordan and his Tympani Five romping on “Five Guys Named Moe.”

I Know What You’re Putting Down 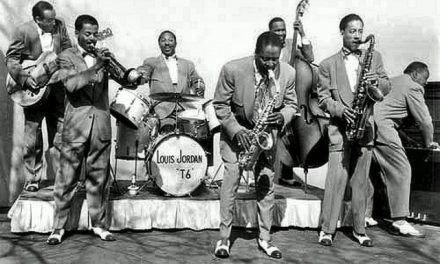