An important cultural figure, Eckstine was one of the first black male singers to specialize in romantic ballads rather than simply blues and novelty songs.

In 1939 he joined as trumpeter and vocalist with Earl Hines’ “Grand Terrace Orchestra.” remaining with the band until 1943.

He had already started to establish a name for himself through appearances on some of the orchestra’s hit recordings including the composition of his own “Jelly Jelly.”

Eckstine launched his career as bandleader by organizing a group the following year with members including a list of future jazz greats such as Dizzy Gillespie, Miles Davis, Dexter Gordon, Art Blakey, Fats Navarro, and Charlie Parker.

Together with this ensemble, considered the first bop big band, he would produce such hits as “Prisoner of Love” and “A Cottage for Sale.”

Billy disbanded his Orchestra during the late ’40s and began his solo career as a singer scoring two his in 1950 with the songs “I Apologize” and “My Foolish Heart.”

In 1957 he score another hit with a recording of the song “Passing Strangers” performed as a duet with Sarah Vaughan.

Billy Eckstine released his final album “I Am a Singer” in 1984 and made his final recorded appearance on the Grammy-nominated LP “Billy Eckstine Sings with Benny Carter” two years later.

Billy Eckstine sings accompanied by his Orchestra during the mid-1940s. 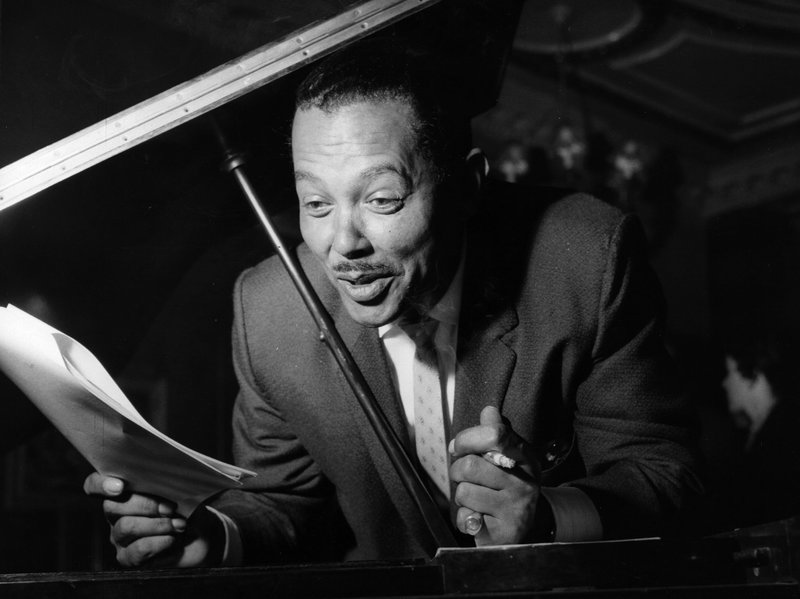 I Love the Rhythm in a Riff