Fugue In A Minor

Laurindo Almeida with the MJQ

“Almeida and the MJQ play Bach”

In 1964 guitarist Laurindo Almeida teamed up with the Modern Jazz Quartet for a classic album.

Since Almeida and pianist John Lewis were always great fans of Bach, it was logical that they would perform some of his music.

Bach’s “Fugue In A Minor” receives a melodic and inventive treatment by the quintet which has bassist Percy Heath in a prominent role along with Almeida, Lewis and vibraphonist Milt Jackson. 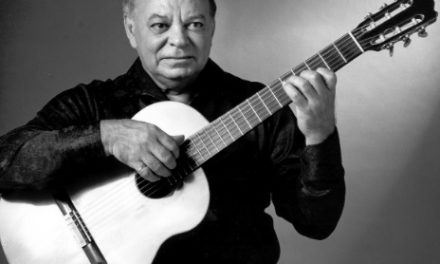