That big band is featured on a dozen songs during this live performance from England, with the highlights including Phil Wilson’s remarkable playing on “Lonesome Old Town,” “Sister Sadie,” “Better Git In In Your Soul,” “Hallelujah Time,” “Four Brothers” and a ridiculously uptempo version of “Caledonia” that makes one sympathize with the bassist!

With Woody Herman adding his clarinet and alto to the music, this exciting and well-rounded concert is quite memorable. 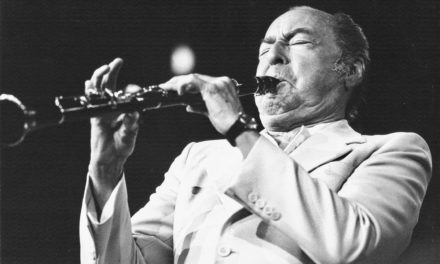