As a drummer he contributed to the creation of the modern jazz sound.

He would provide percussion at one point or another for many of the top jazz men of the 1950s.

Art Taylor’s career as a jazz percussionist began during his teens in Harlem playing in a group with Jackie McLean, Sonny Rollins, and Kenny Drew.

Throughout the 1950s he cycled through the bands of prominent jazz men including Buddy DeFranco, Bud Powell, Coleman Hawkins, Art Farmer, and Donald Byrd.

He formed his own group, “Taylor’s Wailers” and additionally recorded with John Coltrane and Miles Davis in the late ’50s and early ’60s.

During this period he also performed with Kenny Dorham and Thelonious Monk.

Taylor moved to Europe in 1963 and, living mainly in France and Belgium for the next two decades, played with local musicians and visiting Americans until his return to the U. S. 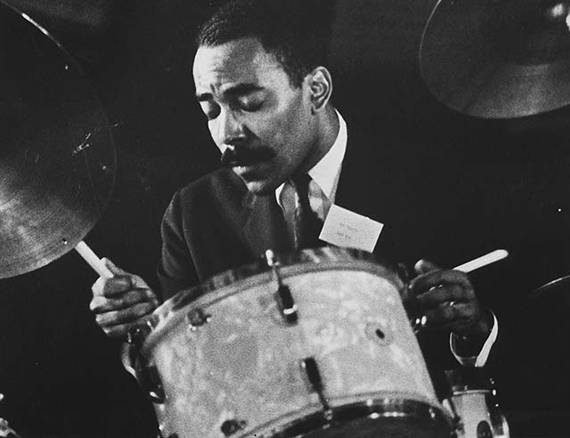