The great baritonist is remembered

Mulligan grew up in several cities since his father’s work as an engineer necessitated many moves.

At 14 he began studying clarinet and was soon doubling on various saxophones to play in Philadelphia area dance bands.

Mulligan’s writing abilities blossomed early and at 16 he was writing charts for a radio house band, soon dropping out of high school to write arrangements for the bands of Tommy Tucker, Elliot Lawrence, Gene Krupa (in 1946 including “Disc Jockey Jump” and “How High The Moon”) and Claude Thornhill, sometimes playing reeds for the latter.

While Mulligan was originally best known as a writer and he contributed several arrangements for Miles Davis’ Birth of the Cool Nonet, he also played baritone with the latter on their few live dates and their influential recordings.

Mulligan worked with Kai Winding, wrote for Georgie Auld and Chubby Jackson, and in 1951 led his first album.

In 1952, Mulligan moves to Los Angeles where he wrote arrangements for Stan Kenton before becoming famous for his pianoless quartet that featured Chet Baker.

By then Gerry Mulligan had his sound together on baritone (where his cool and light tone was very accessible along with his wit) and he would be well known for the rest of his life, leading a quartet with valve trombonist Bob Brookmeyer, a sextet that also included trumpeter Jon Eardley and Zoot Sims on tenor, a different quartet in 1959 with trumpeter Art Farmer, and his Concert Jazz Band of the early 1960s.

Gerry Mulligan recorded with the who’s who of jazz in the 1950s, led other combos in the 1960s, was a member of the Dave Brubeck Quartet during 1968-73, and stayed active with other projects up until the end of his life 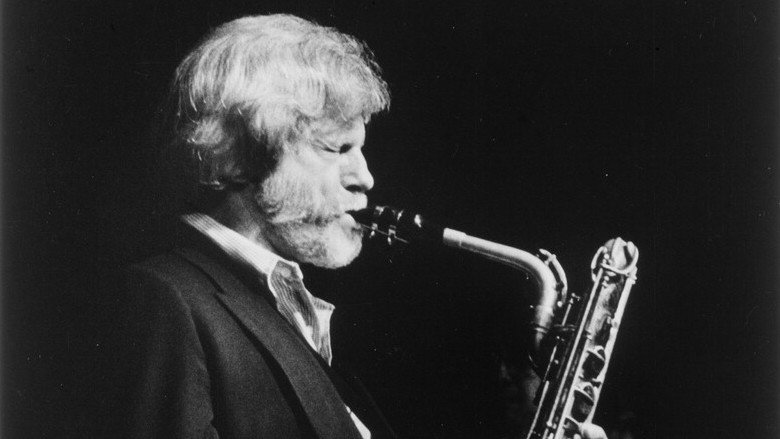 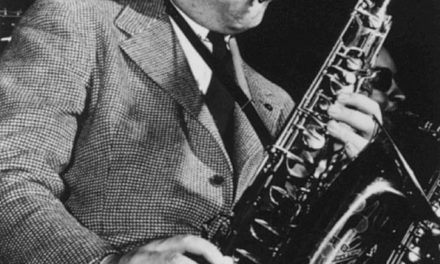