An excellent showcase for guitarist Burrell

Throughout his long and productive career, Kenny Burrell was always a very consistent guitarist.

While Burrell had a distinguished nature, he could also be quite bluesy as he showed on recordings with organist Jimmy Smith, in addition to fitting comfortably into bop and swing settings; Duke Ellington considered him his favorite guitarist.

Burrell, who became an important educator, is featured in 1990 on Ellington’s “In A Mellow Tone.”

Performed at the Cellar in Cologne, Germany with a trio that includes bassist Marcus McLaurine, “In A Mellotone” is all Kenny Burrell as he embraces the melody, takes many swinging choruses, and concludes the song with fire and joy. 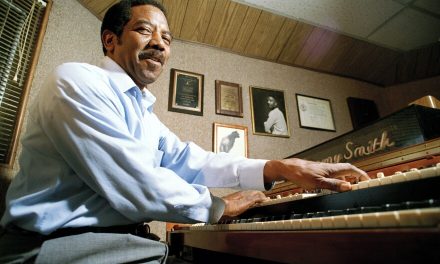