“A tribute to the Glenn Miller hit”

“In The Mood” was one of Glenn Miller’s biggest hits and has often been used in documentaries as a symbol of the Swing era.

Miller and his orchestra were filmed performing “In The Mood” in the Hollywood movie Sun Valley Serenade.

This intriguing collage of screen images utilizes the original Miller recording along with clips from Miller’s film appearances in Sun Valley Serenade and a cameo by the Nicholas Brothers from the other Miller film, Orchestra Wives. 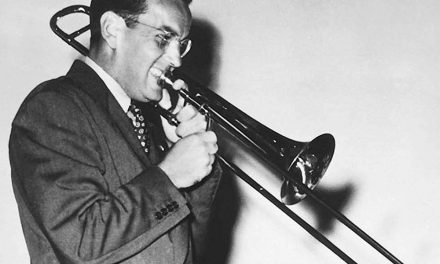