A tribute to the classic jazz soprano-saxophonist and clarinetist

He began playing clarinet when he was 13 and, despite growing up during the swing era and the early days of bebop, he was more attracted to the early jazz of Louis Armstrong, Jelly Roll Morton, Eddie Condon and Duke Ellington.

Wilber worked with jazz groups in high school and briefly attended the Eastman School Of Music, but mostly he hung out in New York City clubs, learning to play the music that he loved.

Wilber took informal but very valuable lessons from Sidney Bechet during 1945-47, formed the Wildcats (a hot combo that included pianist Dick Wellstood) in 1945, and learned both clarinet and soprano-sax, showing a Bechet influence but, even in the early days, displaying his own musical personality.

Wilber and the Wildcats recorded early on, he also recorded with Bechet, and by 1949 was leading a group mostly comprised of veterans that played Dixieland-oriented music.

Wilber was part of the New York and Boston trad jazz scene in the 1950s, worked with a group called The Six in 1954-56, recorded with Ruby Braff and Wild Bill Davison, and played with Bobby Hackett, Eddie Condon and Benny Goodman (1958).

Bob Wilber, who also occasionally played alto and tenor, led his own record dates from 1959 on, was a member of the World’s Greatest Jazz Band (1968-73), recorded with Ralph Sutton, Bud Freeman and Maxine Sullivan, and during 1973-77 (and occasionally in later years) co-led an exciting two reed group with Kenny Davern, Soprano Summit.

Wilber, who often teamed up with Dick Hyman for special projects and also worked with his wife singer Pug Horton, led the Bechet Legacy (featuring trumpeter Glenn Zottola) in the early 1980s, arranged the music for the 1984 film The Cotton Club, and recorded other rewarding projects until he largely retired around 2012. 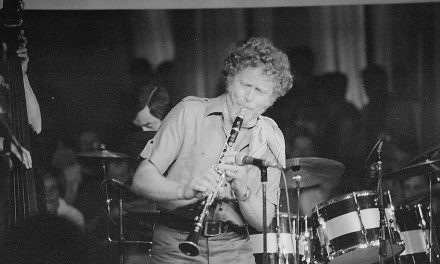