A tribute to the famous record producer and arranger

He took up the trumpet and by high school was playing in groups.

Jones left college in 1952 to play with Lionel Hampton, contributing arrangements, sitting in a trumpet section next to Clifford Brown and Art Farmer, and traveling with the group to Europe where he participated in some recordings.

Back in the U.S., he freelanced as a trumpeter (giving up the instrument by the late 1950s) and arranger-composer, serving as the musical director for Dizzy Gillespie’s globetrotting 1956-57 big band and leading his first record date in 1957.

Quincy Jones led an impressive big band during 1959-61 although their European tour (which included appearing in the Harold Arlen show Free and Easy) was difficult due to poor booking and little money; fortunately the orchestra made a few records and was filmed.

Back in the U.S., Jones became vice-president of Mercury Records and was active throughout the 1960s as an arranger (including for Frank Sinatra, Ella Fitzgerald, Peggy Lee, Dinah Washington, Sarah Vaughan and Count Basie), composer of film scores (he would write over 40), record producer and occasional bandleader.

After the early 1970s, Quincy Jones largely left jazz to work with pop, r&b and rock acts (including Michael Jackson) but he always retained his love for jazz and in recent years has helped champion the careers of several younger players including Alfredo Rodriguez and Justin Kauflin. 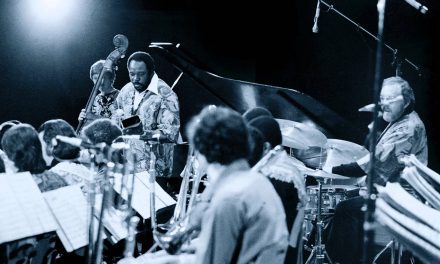