A tribute to the always-inventive jazz singer

He discovered jazz when hearing an Art Tatum record and loved the music of Nat King Cole, Peggy Lee and Miles Davis.

Murphy sang in his church choir, had piano lessons starting when he was seven, and performed in his brother’s dance band as a teenager.

He studied acting and music at Syracuse University, performed with Dee Felice’s trio for three years in Cincinnati, made his recording debut in 1956, and had albums for Decca, Capitol and most notable Riverside, evolving from a standards singer to a bop improviser.

Murphy spent most of 1963-72 in London where he worked on radio and television, primarily as an actor rather than a singer.

However when the 40-year old returned to the U.S. in 1972, he became a fulltime jazz singer, recording regularly for Muse (and later Milestone and High Note), and amassing a strong body of work including tributes to Jack Kerouac and Nat King Cole, Brazilian dates, and bop classics that he typically turned inside-out.

Able to jump effortlessly between falsetto and low bass notes, a sensitive interpreter of ballads, and a lyricist who has written words to the solos of a wide variety of jazz musicians, Mark Murphy was one of the leading jazz singers for 40 years.

Here is Mark Murphy on an episode of Ad Lib from 1981 in which he shares the spotlight with the Candoli Brothers (trumpeters Conte and Pete Candoli). 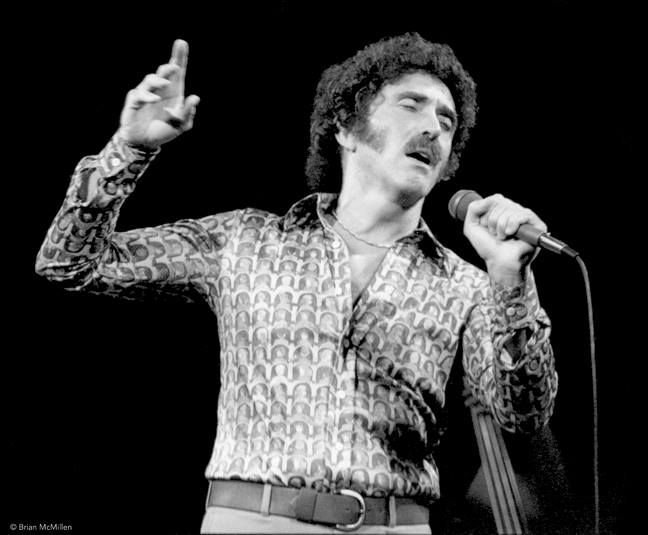