A tribute to the Brazilian acoustic guitarist

Although he was given piano lessons by his mother, Almeida taught himself the guitar when he was nine.

At 12 he moved with his brother to Sao Paulo and at 15 fought in a civil war where he was wounded but recovered.

In 1935, Almeida started working on the radio in Rio as a guitarist, arranger and songwriter.

He was busy on the radio, playing in local clubs and recording, and his song “Johnny Peddler” was recorded in the early 1940s by Jimmy Dorsey, Les Brown and the Andrews Sisters.

Almeida moved to California in 1947, was on the soundtrack of the Danny Kaye film A Song Is Born, and during 1947-48 and 1950-51 was well featured with the Stan Kenton Orchestra, becoming the first significant classical guitarist in jazz history.

After leaving Kenton, Almeida’s playing became a regular in films, appearing on over 800 soundtracks.

Almeida was prolific for the next 40 years, working in the studios, performing solo works for his classical guitar, starring on a classic album with the Modern Jazz Quartet, recording with Stan Getz, Herbie Mann and Charlie Byrd, and during 1974-82 performing Brazilian jazz with Bud Shank in the L.A. Four. 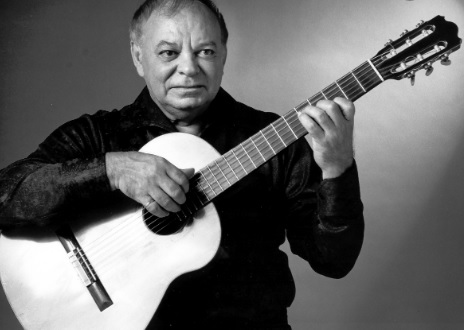 Fugue In A Minor