The organist and Larry Carlton team up

In the early 1960s it was played in double time by organist Richard “Groove” Holmes whose recording was quite popular.

It is the latter rendition that serves as the inspiration for this jam session version from 2014.

Incidentally, DeFrancesco and Carlton have never otherwise recorded together, and the organist’s only recordings with bassist Veasley found DeFrancesco playing either piano or trumpet.

From the smiles on the faces of the musicians, it is obvious that they were having a great time during this swinging version of “Misty.” 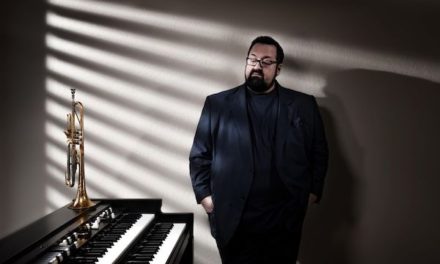