An explosive tenor solo by Redman

Meant to be a co-op group even if Redman was easily the biggest name, the trio recorded their Elastic CD that year including an original called “Molten Soul.”

An explorative piece with an insistent rhythmic riff from Yahel’s keyboard, this excerpt from a live performance features a dynamic Redman solo that in its jumps between registers, sometimes recalls Eddie Harris. 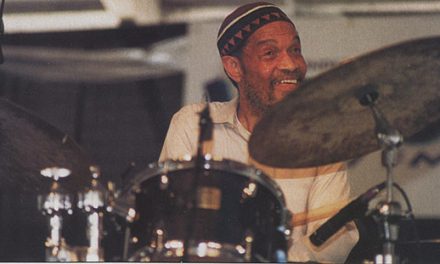